As Windows 10 Redstone 5 Update (1809) development winds down and Microsoft is now beginning the phase of checking in final code to prepare for the final release of the Windows 10 October 2018 Update, it’s that time again to examine updated and new Group Policy settings. There is (obviously) no official documentation from the Group Policy team at this point. However, since the Windows 10 October 2018 Update is pretty much feature complete and is undergoing the final round of testing, it can't hurt to poke around ADMX files because there are truly several things duller in our line of work than comparing thousands of lines of text. Right?

Based on my results, the following Group Policy settings were added in Windows 10, version 1809 (Insider build 17751.1), or modified to an extent that warrants listing them here:

Note: An Excel spreadsheet containing policy descriptions, registry paths and possible settings (where applicable) is attached to this post. Please keep in mind, that the text-based analysis is somewhat error-prone, so take the information below with a grain of salt. 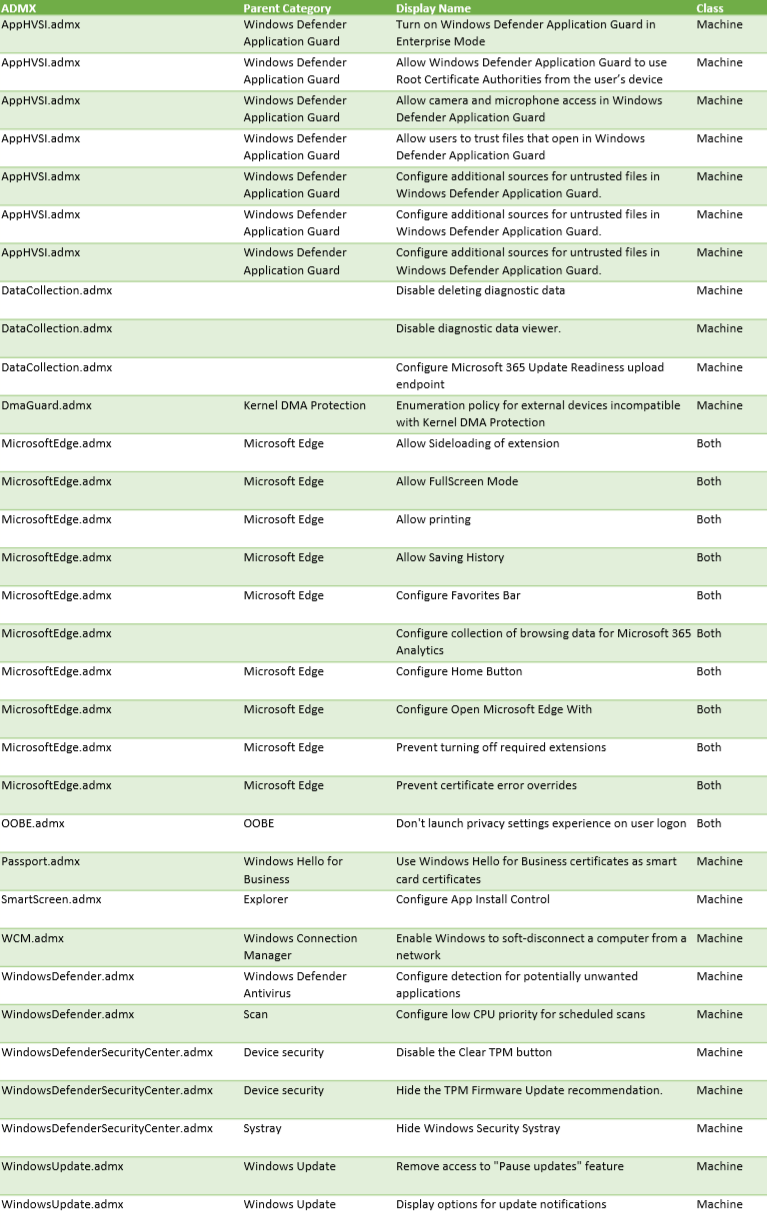 In terms of new features, there isn’t anything to be excited about the Windows 10 October 2018 Update as Microsoft's primary focus this time around appears to be the improvement of the overall OS quality and Windows 10 hardening instead of implementation of new features which are so meaningless, that they could literally make your brain hurt.

Microsoft is determined to make Microsoft Edge the safest and most modern browser. Over the past three years, the company has been continuously innovating, and the quality of engineering is reflected in the latest improvements being introduced with the Windows 10 October 2018 Update:

Additionally, the Group Policy team is apparantely changing the scope of some policies as follows:

More in this category: « Yet Another Windows 10 Optimization Script Windows 10 1809 Built-In Apps: What to Keep »
back to top